Characteristics of the UNIX filesystem:

– Shareable vs. Unshareable
– Static vs. Variable

Shareable data is that which can be shared between multiple systems.
Example: User Home Directories: /home

Unsharable data is that which is specific to a particular host.
Example: Device lock files. Or even better /etc.

Static data included binaries, libraries, documentation, or anything
else that does not change without system administration intervention.
Example: /usr/man

Variable data is anything that changes without system administration
intervention. Example: /var/log

For ease of backup, administration, sharing of data on Heterogeneous
networks, there must be a easy to understand mapping from directories
to the data they contain.

The distinction between shareable and unshareable data is needed for
several reasons:

-In a networked environment (i.e., more than one host at a site),
there is a good deal of data that can be shared between different
hosts to save space and ease the task of maintenance.

-In a networked environment, certain files contain information specific
to a single host. Therefore these filesystems cannot be shared
(without taking special measures).

-Historical implementations of UNIX-like filesystems interspersed
shareable and unshareable data in the same hierarchy, making it
difficult to share large portions of the filesystem.

The “static” versus “variable” distinction affects the filesystem in
two major ways:

-Since / contains both variable and static data, it needs to be mounted
read-write.
-Since the traditional /usr contains both variable and static data, and
since we may want to mount it read-only (see above), it is necessary
to provide a method to have /usr mounted read-only. This is done
through the creation of a /var hierarchy that is mounted read-write
(or is a part of another read-write partition, such as /), taking
over much of the /usr partition’s traditional functionality.

Here is a summarizing chart. Since this chart contains generalized
examples, it may not apply to every possible implementation of an
FHS-compliant system.

The root filesystem should be kept as small as possible. Reasons:

– It is occasionally mounted from very small media.
– The root filesystem has many system-specific configuration files in
it. Possible examples include a kernel that is specific to the
system, a different hostname, etc. This means that the root
filesystem isn’t always shareable between networked systems. Keeping
it small on networked systems minimizes the amount of space lost on
servers to unshareable files. It also allows workstations with
smaller local hard drives.

*** Software should never require a directory be added to the root
filesystem. There are other filesystems used for this purpose.

There are several reasons why introducing a new subdirectory of the
root filesystem is prohibited:

/bin
– Contains commands used by system administrators and users, but are
required in single user mode.
– May contain commands indirectly used by scripts.
– Should never contain subdirectories.
– Should be a directory below the root.

/boot
m- Contains everything required to boot the system except configuration
files and the map installer.
– The operating system kernel should be in / or /boot.
– configuration files should be /etc.

/dev
– contains special or device files.
– Should contain the command MAKEDEV which is used to manually create
devices. Should be setup to make any device.

/etc
– Contains files and directories that are specific to the local system.
– No binaries should be stored in this directory.

/root
– Traditional location for root’s home directory is /.
– The reason for moving to /root or /home/root is reduce the clutter in the / directory.

/sbin
– Commands used by root only are stored in /sbin, /usr/sbin, and /usr/local/sbin.
– /usr/local/sbin contains commands specific to the local machine.
– Users should have read and execute permissions to the files in /sbin except suid or sgid utilities.
– The separations of utilities are not for security purposes. Only purpose is to separate user commands from root only commands.

/tmp
– Directory used to store temporary files created by programs.
– Contents should be deleted whenever the machine is rebooted.
– Programs should not assume that files created in this directory would be kept between sessions.

/usr – Second Major Hierarchy
– Is a shareable filesystem.
– Should be mounted read-only.

/usr/include
– Include files needed for C or C++ programming languages.

/usr/lib
– Stores object files, libraries, and internal binaries which are not intended to be executed by users or shell scripts.
– All architecture dependant software for an application should be stored in a directory beneath /usr/lib. Example: /usr/lib/perl5.
– Miscellaneous architecture-independent application-specific static files and subdirectories should be placed in /usr/share.

/usr/local
– Contains software used by the system administrator when installing software on the local machine.

/usr/share
– Architecture independent software is stored here.
– This path is sharable via networked hosts which contain the same operating system version but may be running on different microprocessors, i.e. i386, alpha, sparc, etc.

/usr/src
– Any non-local source code should be stored here.
– /usr/src/linux is where the linux source code is stored.

/var – third hierarchy
– Contains variable data.
– This includes spool directories, administration log files and transient files.
– Some directories are not shareable because they contain data specfic to the local machine. These include /var/log, /var/lock, and /var/run.
– Others like /var/mail and /var/spool/news can be shared.
– If /var can not be made a separate partition, it is prefered that it be moved out of the / partition to save space. It can be moved under /usr.

/var/spool – Application spool directory
– Most important is /var/spool/lpd which temporary stores data being spooled to a local or remote printer.

/var/run
– Contains information about the system since it was booted.
– Process identifier files are stored in the format
.pid. For example, if cron was running you would have cron.pid in /var/run. 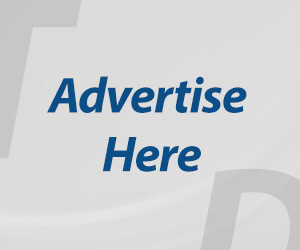